Hexahedron documents the second of the two dazzling, sold-out Ulver shows in the legendary Studio at Henie Onstad Kunstsenter at Høvikodden back in April 2018. A special commission and “an honourable undertaking”, as Tore Ylwizaker put it in their career-spanning book Wolves Evolve – The Ulver Story, published last year. “To orientate our music into an art setting is appealing to me”, he said. “Doing whatever we want, not knowing what it’s supposed to become or where it will end up.”
During the shows at Henie Onstad the band found themselves trapped in a multidimensional “hypercube” in the middle of the asymmetric space. Inside it they experimented with all-new ideas in an installation as galactic as the music presented was unmistakably ulverish. Around them, the audience moved unhindered among hallucinatory lights and laser-guided melodies, losing themselves in interstellar clouds of gas, dust and broken junk of exploded stars. I suppose we were all sidereal messengers, cruising through the groovy galaxies.
Three years have passed, and finally it’s here. One continuous session of sixty minutes broken into five parts. Professionally multi-tracked in the gallery, a first go at the mix was done simultaneously with Drone Activity, early 2019. They left it for Flowers of Evil, for which the seeds had already been sown. You’ll notice. Then The Ulver Story was brought to a conclusion, with huge plans for their final dance. But as we all know, the pandemic put a spanner in the works.
Come 2021, and Anders Møller and Kristoffer Rygg decided to restart the Solid State Logic console in Subsonic Society. A total recall made the job less gruelling than expected, they report, and in a fortnight the mixes were in stellar shape, ready to be mastered by Vegard Sleipnes via the same society’s good old Studer tape machine and collection of high-end outboard gear.
The result is spectacular, spaced out, and “astral black… with hints of Supertramp and Sun Ra”, as the band jestingly told someone on a social medium. But most of all Hexahedron is expansive, transportive and luminous. A moment of flight captured for posterity. A dancing star.
Or as curator Lars Mørch Finborud states in the album’s liner notes: “a definite highlight in Henie Onstad Kunstsenter’s music and performance history.” 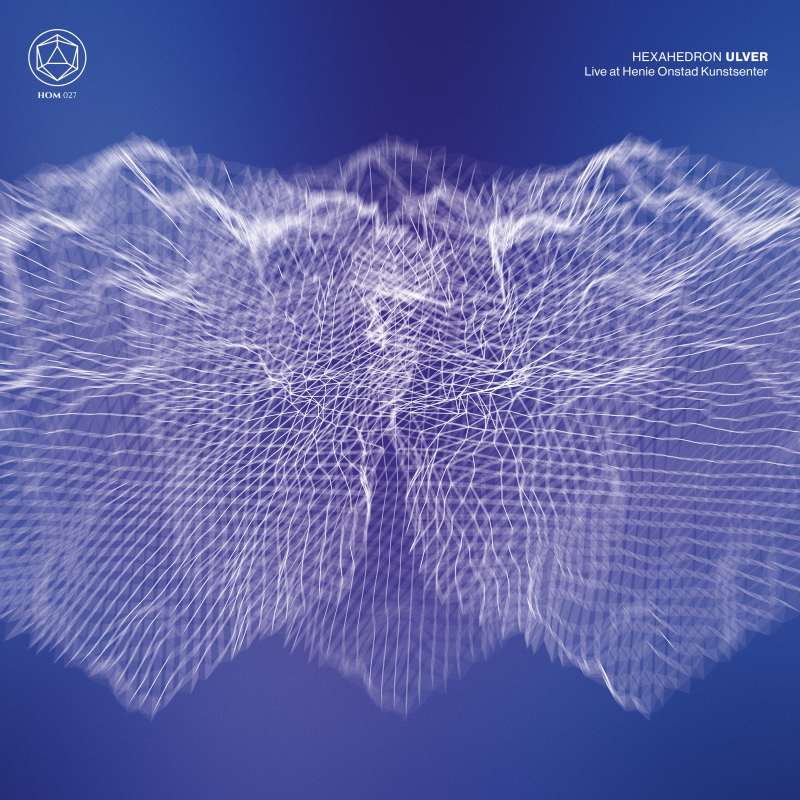