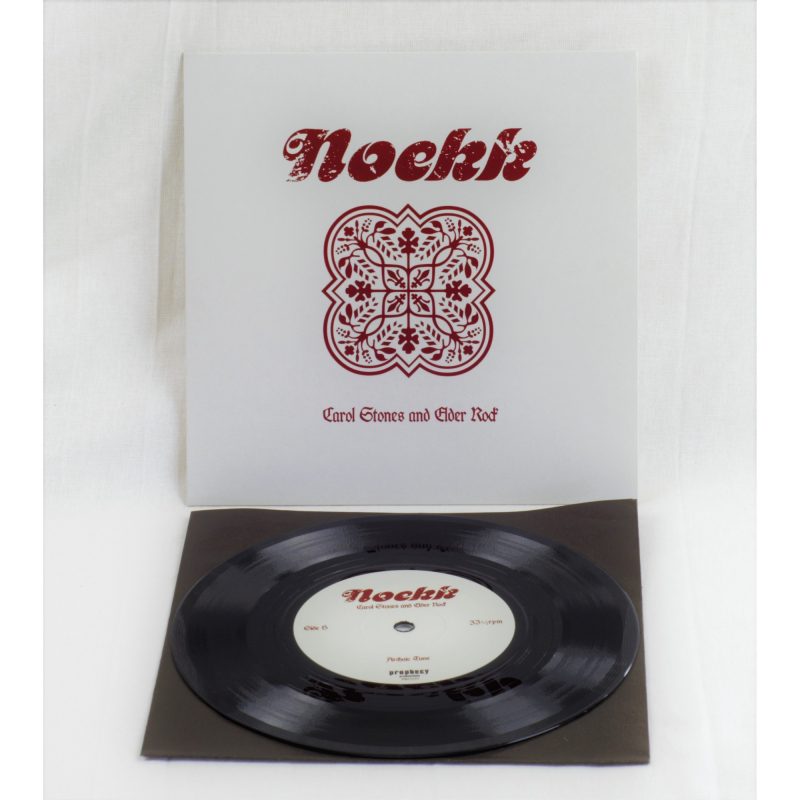 Gnarly, woodsy progressive rock duo Noekk - F.F. Yugoth and Funghus Baldachin: alias of Schwadorf and Helm of Empyrium - return with a limited 7-inch single in advance of their fourth album, which is going to be released in 2019. "Carol Stones and Elder Rock" consists of four exclusive tracks and is only available on vinyl (500 copies) as well as digitally.

"Carol Stones and Elder Rock" focuses on the acoustic, rather airy aspect of Noekk's new material. Therefore, it hints at the stylistic direction the upcoming longplayer will take but stands slightly apart in a way. The material for the single was written during November and December of 2017, inspired by Munich-based artist Peter Wolfgang Kassel (alias PWK), who also provided the lyrics. "They transport an atmosphere that is maybe best described as 'autumnal mystique' and delve deep into the soul," says Funghus, the musical head of the project. "Their character was crucial to the sound and instrumentation of the music."