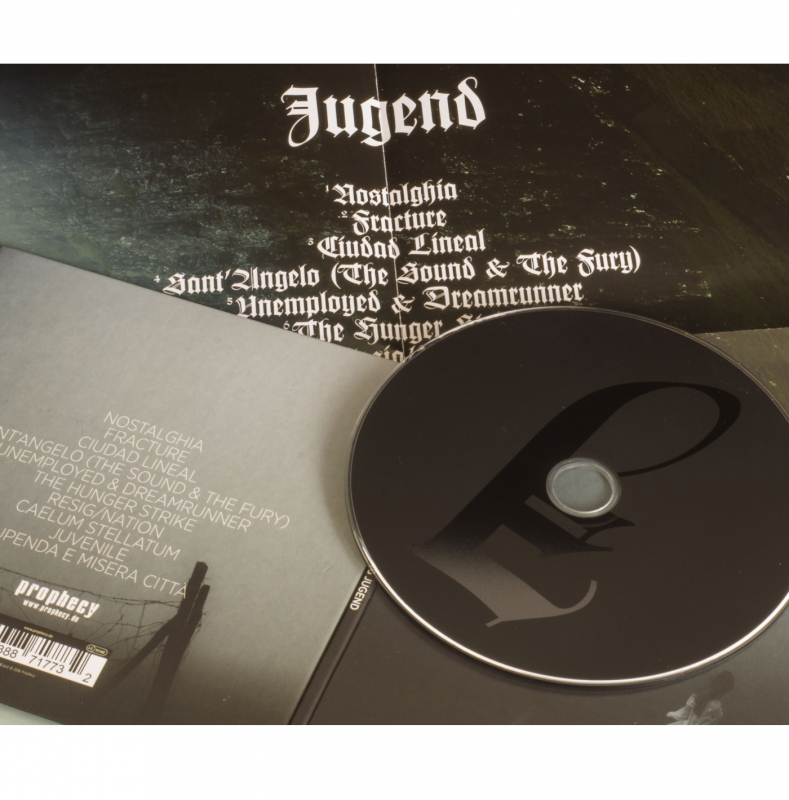 One has to be a decided connoisseur of alternative music culture to associate the title "Sentimentale Jugend" (sentimental youth) with the short-lived experimental noise act of the same name, founded by Alexander Hacke (Einstürzende Neubauten) and his then significant other Christiane Flescherinow (also known as Christiane F. from the bestselling non-fiction book "We Children From Bahnhof Zoo") in the early 1980s. However, it is for a reason that Italian indie rock flagship Klimt 1918 names its latest double album after this footnote of pop history, namely a conscious hint at the underlying mood of the songs. "Sentimentale Jugend" captures West Berlin in its pulsating, nihilistic glory during the late 70s - just as David Bowie did with his Berlin Trilogy of the albums "Low", "Heroes" and "Lodger" - and processes notions from Florian Henckel von Donnersmarck's award-winning movie "The Lives Of Others", be it the foggy winter atmosphere in East Berlin during the early 80s or the female protagonist's melancholy.

Eight years after the 'Soundtrack For The Cassette Generation' "Just In Case We'll Never Meet Again", Klimt 1918 stay true to their sound, alternating the energetic with the wistful by means of shoegaze, indie and new wave from the 80s and 90s, yet for the first time, the sonic spectrum gets expanded with the signature guitar effects and drum rhythms of 50s and 60s pop. Ultimately, "Sentimentale Jugend" harks back to such diverse artists as The Chameleons, iLikeTrains, Cocteau Twins, The Jesus and Mary Chain, The Everly Brothers, Sigur Rós or Dead Can Dance and may be suitably tagged "dirty and noisy three beats dream pop".

"Sentimentale Jugend" consists of the separate albums "Sentimentale" (9 songs, 54 minutes) and "Jugend" (10 songs, 53 minutes), the former being the more "serene" chapter with its slow and partially long tracks, whereas the latter with its faster tunes is the more driving counterpart. Both albums are also available together with the exclusive bonus track "Lycans" as a high-quality book edition (hardcover, 18x18 cm, 48 pages).