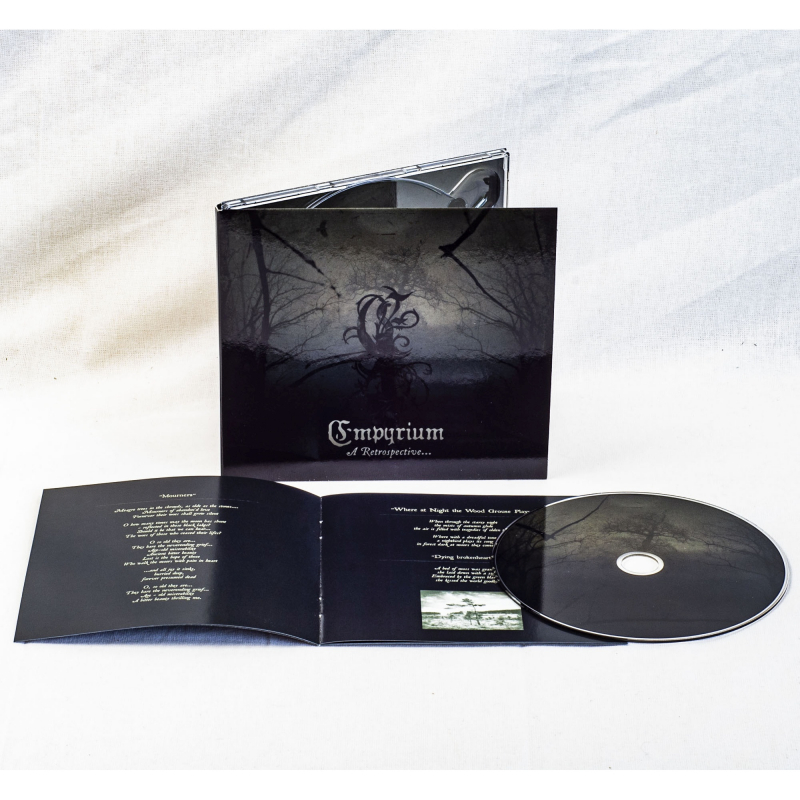 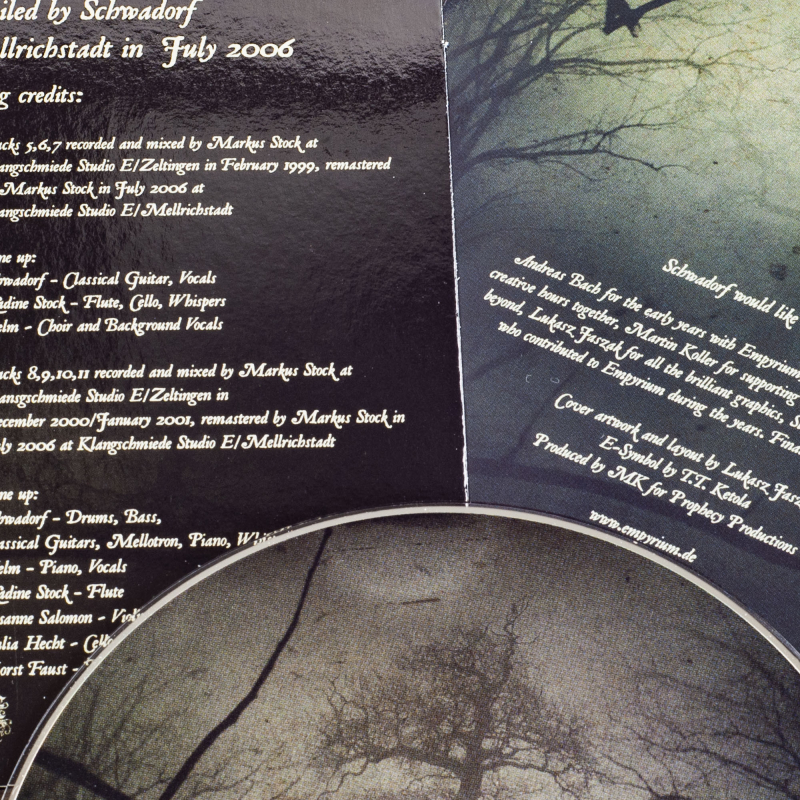 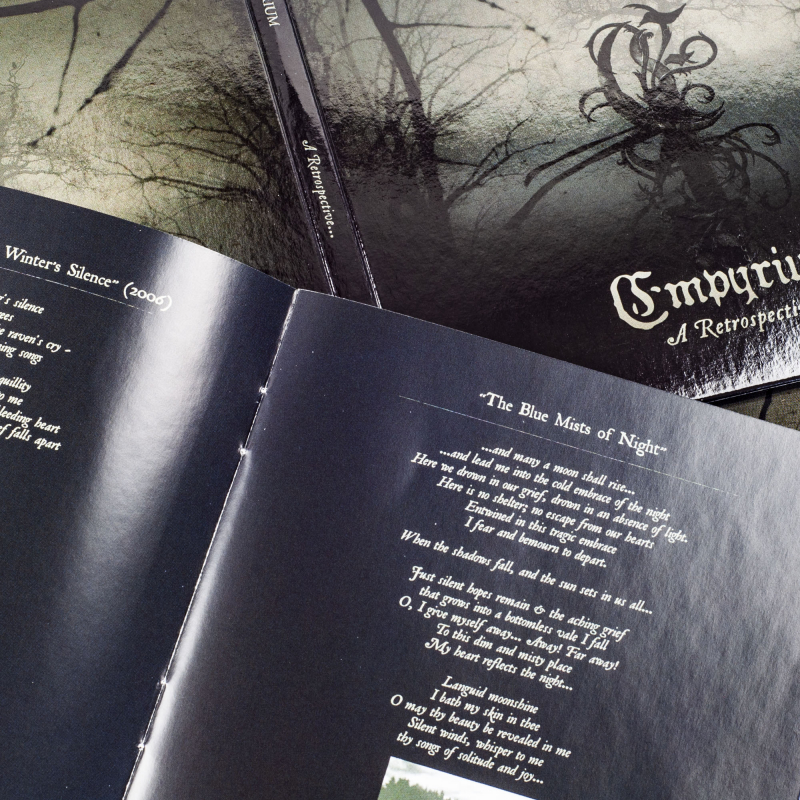 Examined from temporal distance, Empyrium’s complete body of work is within reasonable limits in terms of quantity: during the eight years of the band’s history, they released four albums, each of them marking a recognizable progress from its predecessor. 1996’s still immature and effusive debut “A Wintersunset ...” paved the way for “Songs Of Moors & Misty Fields” (1997), Empyrium’s hallmark in the Dark Metal underground. In the next few years, the band offered “Where At Night The Wood Grouse Plays” (1999) and “Weiland” (2002), two albums as sophisticated as unique in terms of both music and content, straying beyond the scope of conventional genres, the closest denominator being Dark Folk, if only for a lack of alternatives. With “Weiland”, Empyrium finally came so close to the essence of their own creative spirit as to seeing no more sense in continuing the band, resulting in dispersal for the time being.

As the title suggests, “A Retrospective ...” is a look back on the work of Empyrium. Aside from re-mastered songs from all four studio albums, the CD contains two unreleased new tracks, “Der Weiher” and “Am Wolkenstieg”, as well as a newly arranged and recorded version of “The Franconian Woods In Winter’s Silence” (originally off “A Wintersunset...”).