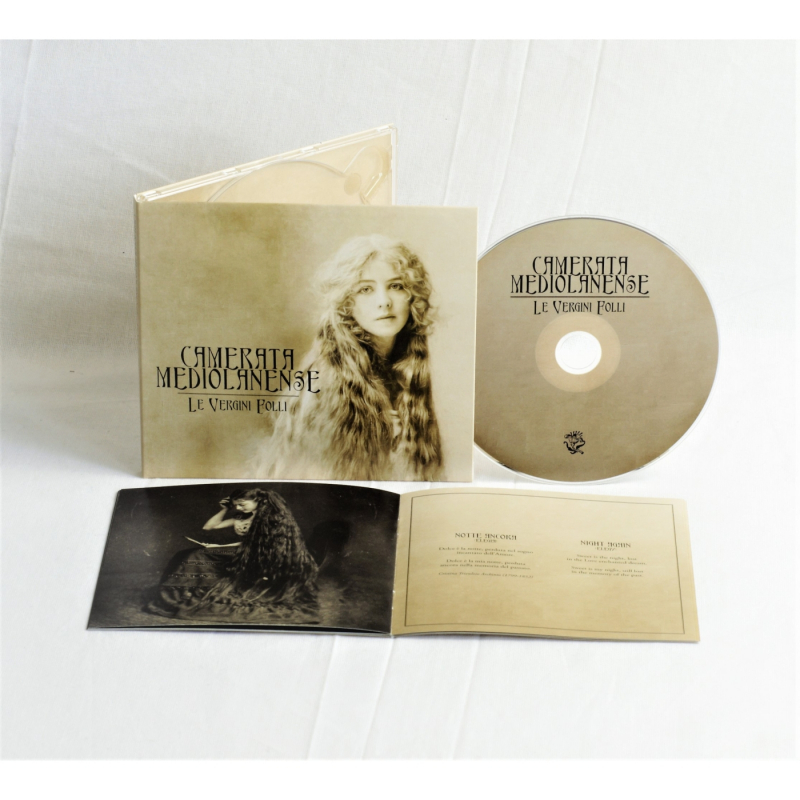 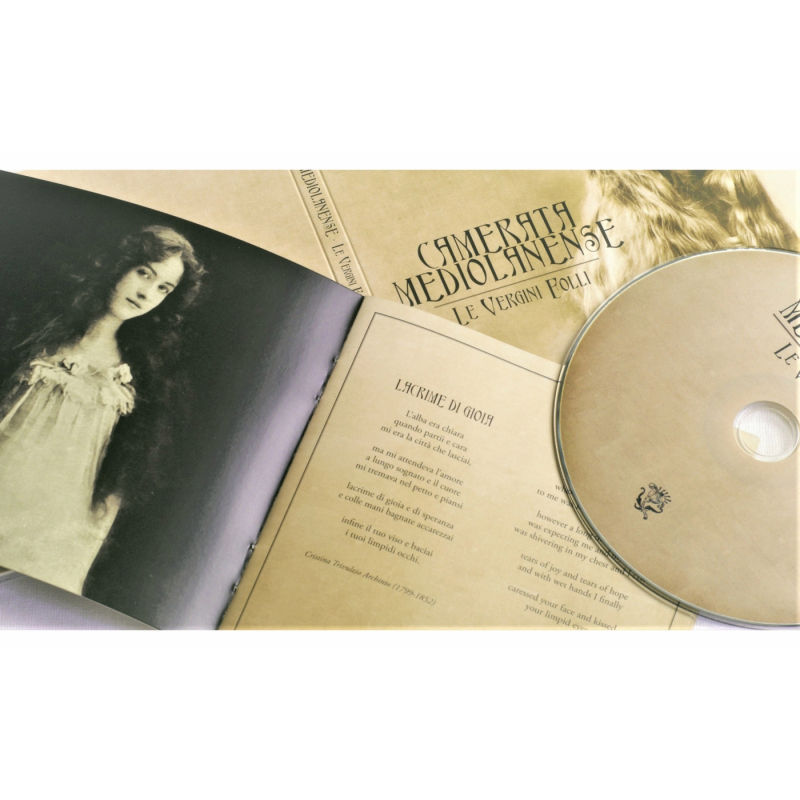 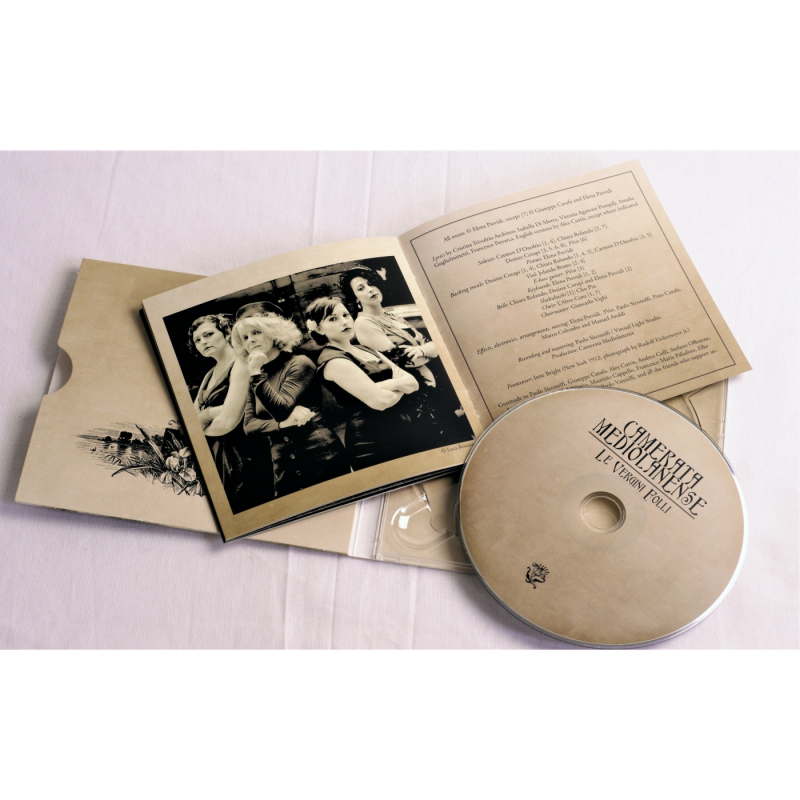 Camerata Mediolanense is an ensemble of Italian musicians who gained recognition in the Neofolk/Neoclassical scenes by blending darkwave and post-punk with the musical spirit of the Renaissance and Baroque periods. The group was born in Milan in 1994, founded by harpsichordist/musicologist Elena Previdi. Literally translated as "a group of chamber musicians from Milano", Camerata Mediolanense is renowned for creating music according to the traditions and history of Italy and Europe's classical and folk music, and by using sublime voices, martial percussions, keyboards and electronic devices.

With its new album, "Le Vergini Folli" (english: "The Foolish Virgins"), Camerata Mediolanense has created a dense, lush work that places the piano in the foreground and uses a strict musical language of tonal harmony which is out of fashion nowadays and thus immerses the listener in the sounds of centuries past. Guided by the pure beauty of simple melodies, channeled through love songs, and interpreted by enchanting female voices, "Le Vergini Folli" is unique to the band's discography in that the album is devoid of percussion, driven primarily by the captivating interplay of vocals and vintage pianos that date back to the late nineteenth and early twentieth century.

Lyrically, the gaze of Camerata Mediolanense remains focused on the artistic and aesthetic achievements of the past. Six of the song lyrics are poems from "forgotten literature" written by Italian women of the past and two taken from Italian poet Petrarch (1304-1374), considered one of the greatest love poets of world literature and the founder of humanism (Camerata Mediolanense dedicated their entire previous album, "Vertute, Honor, Bellezza", to his works).

Unlike all of the group's previous works, which are deliberately organized into a specific sequence, the band invites listeners to freely change the order of the tracks on "Le Vergini Folli" to enhance and diversify the experience. Release your mind and unlock the inner secrets of Camerata Mediolanense!