A Forest Of Stars - A Shadowplay For Yesterdays Artbook 2CD+DVD 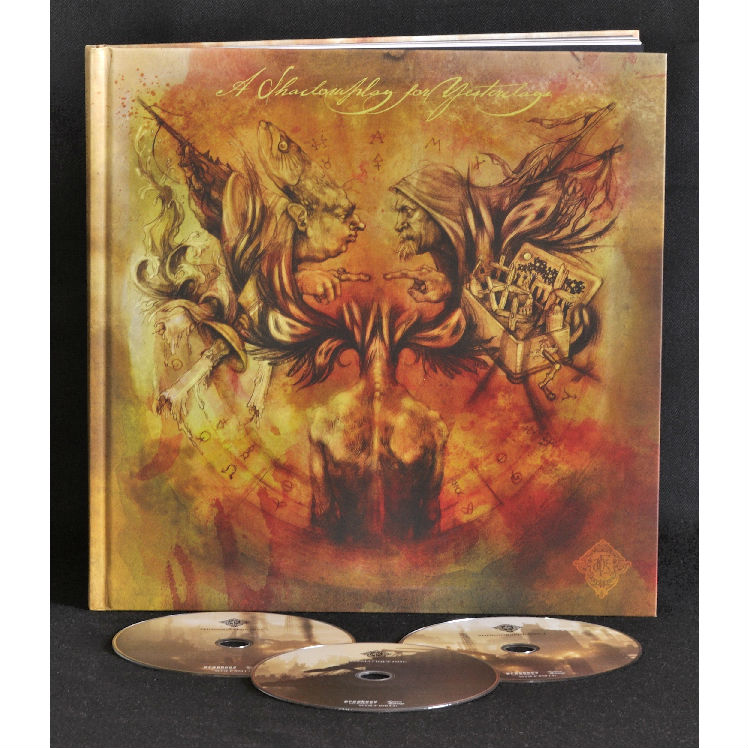 A Forest Of Stars invite you to their shadowplay

The year is 1892. The members of the Gentlemen's Club A Forest Of Stars, an exclusive brotherhood of Victorian Englishmen who consider themselves representatives of their era, an era as glorious and splendid as it is decadent and characterised by extreme opposites. When this Gentlemen's Club invites you to one of their shadowplays, you should not only expect smoke-filled air and tea laced with hallucinogens, but also a moral abyss and a hellish journey through your own subconsciousness. For it is primarily in the shallows of the human psyche where the shadowplays of A Forest Of Stars take place and where the sins are dancing to their tunes.

"A Shadowplay For Yesterdays" is the third album by A Forest Of Stars. After last year's new editions of "The Corpse Of Rebirth" (2008) and "Opportunistic Thieves Of Spring" (2010), this record is the real Lupus Lounge / Prophecy Productions debut by the group. While their first two albums hinted at the huge potential of the collective, "A Shadowplay ..." is aspiring for even greater things, surpassing itself in the process. As for the lyrics, this is another concept album, dealing with a man at odds with himself, torn between virtue and the path of blasphemous (self-) destruction. In terms of music, the Gentlemen's Club enters new realms. The eccentric and sinister compositions that are the trademark of A Forest Of Stars are still the music's foundation, but at the same time, they lace their avant-garde Black Metal with influences from the rich musical heritage of Great Britain: epic Doom riffs find their place alongside the melodics and playfulness of classic Prog Rock. As the highlight of it all, the Gentlemen's Club performs an alchemical miracle: despite its musical diversity and complexity, "A Shadowplay ..." is the band's most accessible and catchy album by far.

Thus, A Forest Of Stars do everything properly on "A Shadowplay ...". Skilfully, they unite the trademarks of the past with new ideas for the future, and in doing so, they present the most important album of their discography to date. May the shadowplay commence!