Apart from the early Sol Invictus catalogue that hasn't been available for a long time, Auerbach Tonträger is re-releasing the newer albums by the English godfathers of Neofolk as well of course. "Thrones", originally released in 2002, sees a special treatment. In addition to the usual portrait-format Digipak including revised artwork and liner-notes limited to 700 copies, a jam-packed bonus CD is included, containing tracks from the deleted collection of Sol Invictus rarities "The Angel", the hidden tracks from the best-of album "The Giddy Whirl of Centuries", the songs "Light me the Candle" and "Welcome" from the compilations "Writ in Water" and "Songs for Aliénor", a live recording of "Against the Modern World" from Paris that was originally included on a compilation by "Orkus" magazine in 2003, as well as the song "Owl & Pussycat." 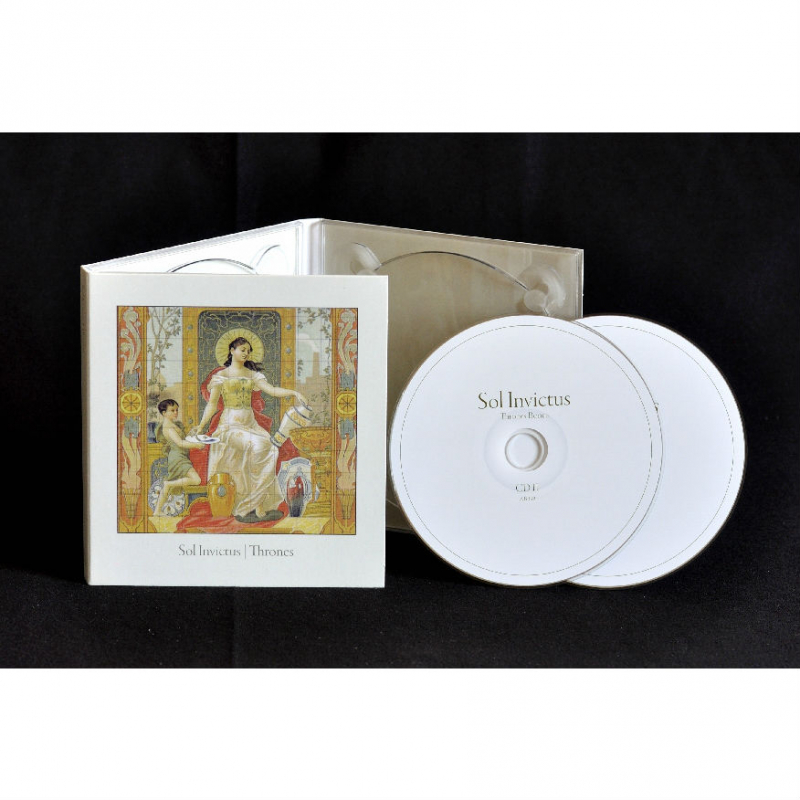 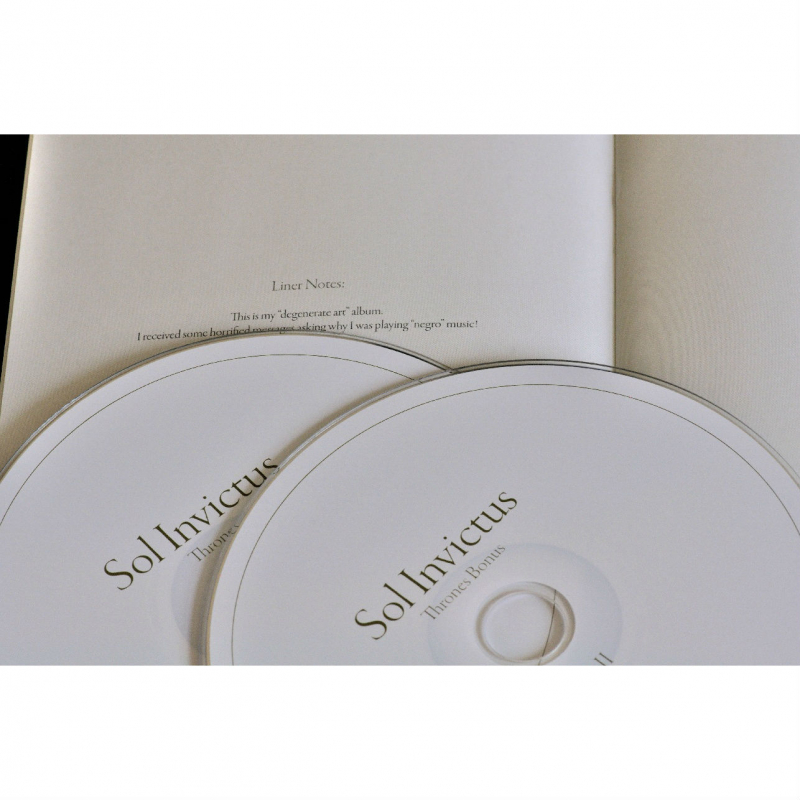