Sol Invictus - In the Jaws of the Serpent CD+DVD Digipak

"In The Jaws Of The Serpent" is the recording of a live performance by Sol Invictus in Tokyo in 1988. This was originally released in 1989 as a mini LP and then combined with the first mini album "Against The Modern World" to form the CD "Sol Veritas Lux" a year later.
On September 2nd, 2011, "In The Jaws ..." will be released as a stand-alone CD for the very first time, complete with a bonus DVD featuring a nearly 60-minute live performance by Sol Invictus in Hamburg on March 27th, 1993. As with all of Auerbach Tonträger's new editions of the Sol Invictus back-catalogue, "In The Jaws ..." will be released in a portrait-format Digipak and is limited to 700 copies.

Title
In the Jaws of the Serpent 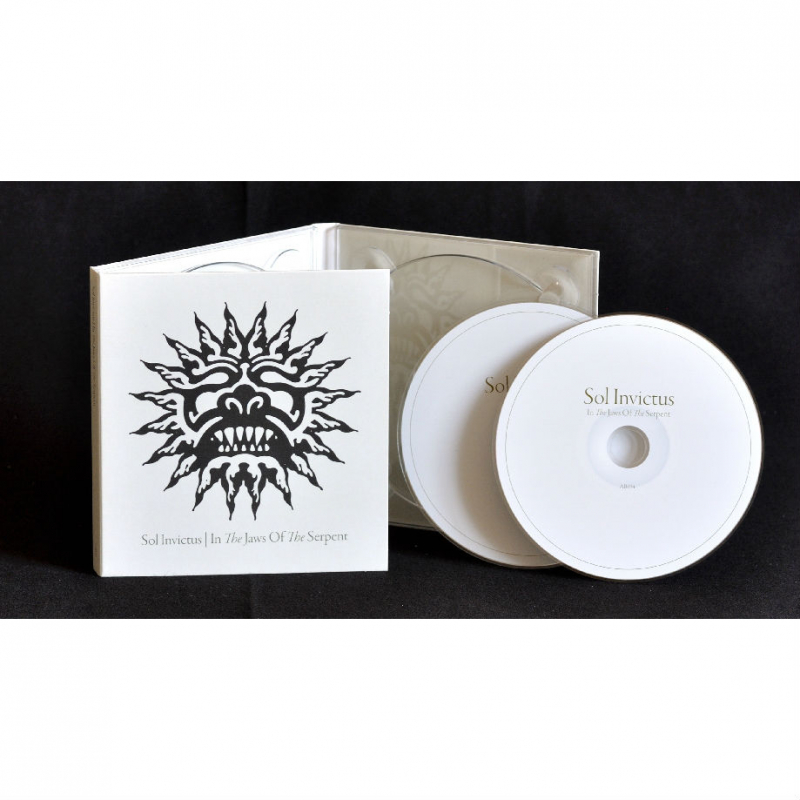 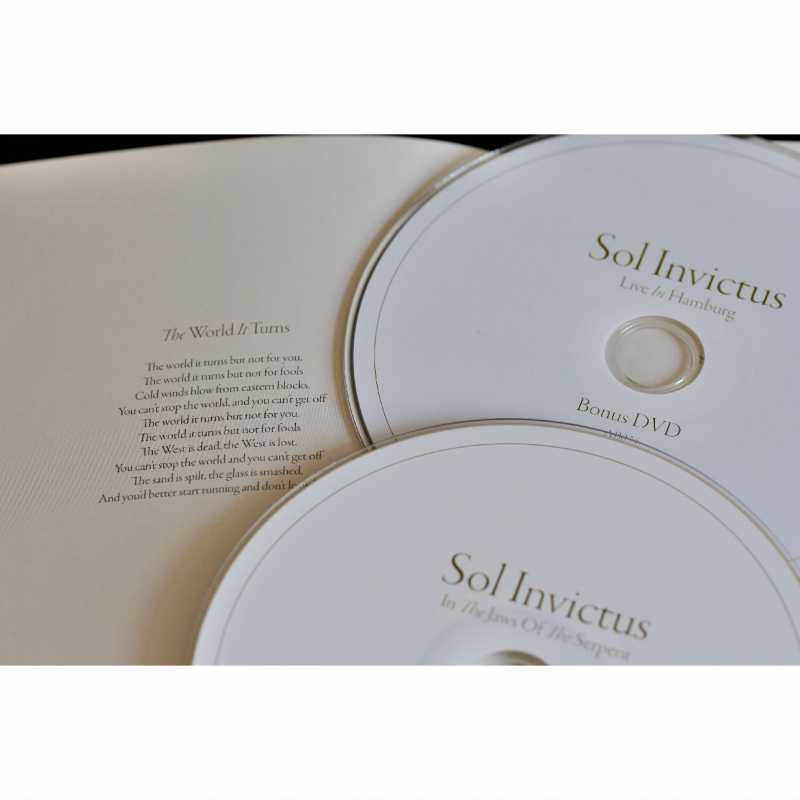