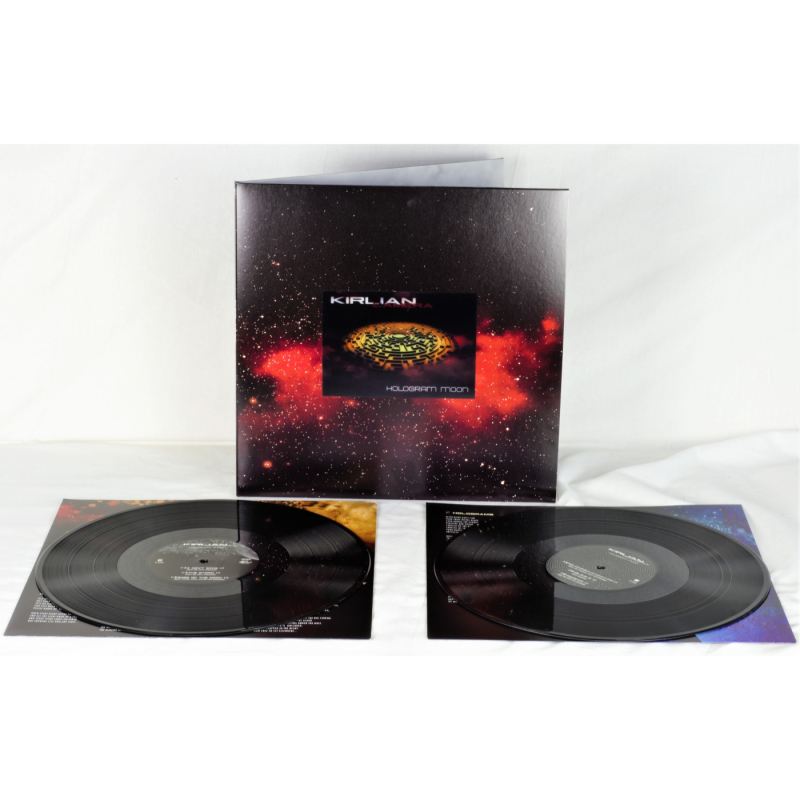 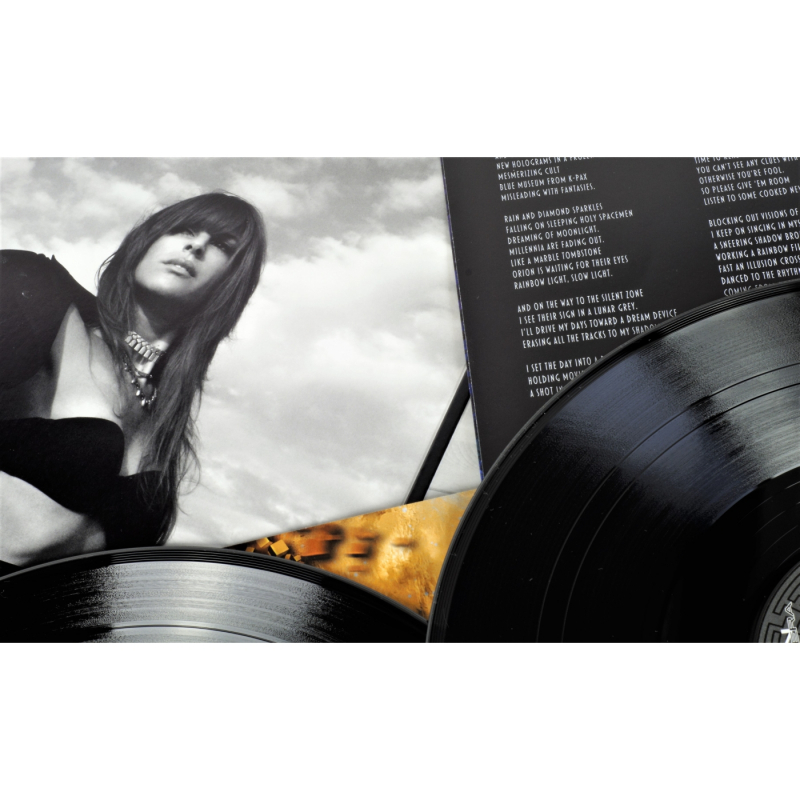 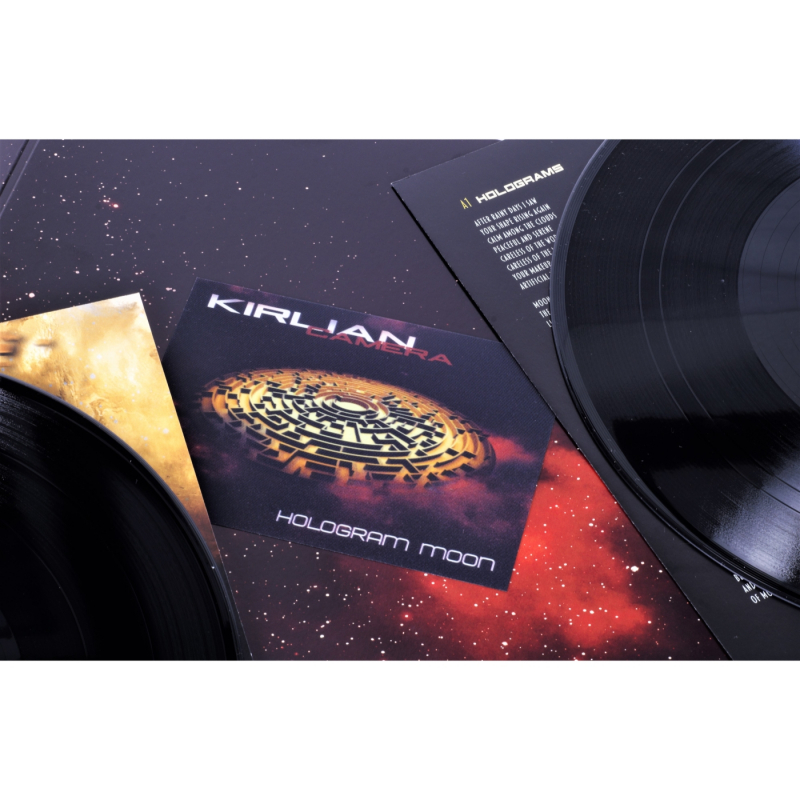 This item is not on stock and has to be re-ordered.
Available at our North American shop. Weight: 0.8 kg

The stars of heaven and their constellations will not show their light. The rising sun will be darkened, and the moon will not give its light. (Isaiah, 13:10)
"We can nowadays almost certainly conclude the moon is likely to be a hologram." (Kirlian Camera "Hologram Moon", scientific appendix, quoting astrophysicist Giuliana Conforto)

"Hologram Moon" is the first Kirlian Camera album after five years in which Elena Alice Fossi and Angelo Bergamini, amongst other things, engaged in their side project SPECTRA*paris. In October 2017, the duo returned with the spectacular single "Sky Collapse", the title track of which was sung together with Covenant's Eskil Simonsson. It dominated the German Alternative Charts for several weeks and keeps heating up German dancefloors.
However, "Sky Collapse" was only a portend of something more epic. The album "Hologram Moon" shows Kirlian Camera at the peak of their turbulent career. Dependent are going to release this hypnotic masterpiece in between pop, electronics and pathos in three different formats (Digipak CD, double vinyl and limited 2CD book edition). Several compositions are bound to repeat the club success of "Sky Collapse", be it "Eyes Of The Moon", "Traveler's Testament" or "Polaris-IHS", another collaboration with Eskil Simonsson
"Hologram Moon" is also fascinating due to its lyrics. The Italians are discussing a conspiracy theory that lent the album its title, suggesting that the moon is no harmless earth satellite but a visual hologram hiding an artificial, possibly alien construct. Merely guesswork? In any case, on "Hologram Moon", Kirlian Camera engage in a subversive play with perspectives and alternative realities.